Review: Turning Back The Hands of Time 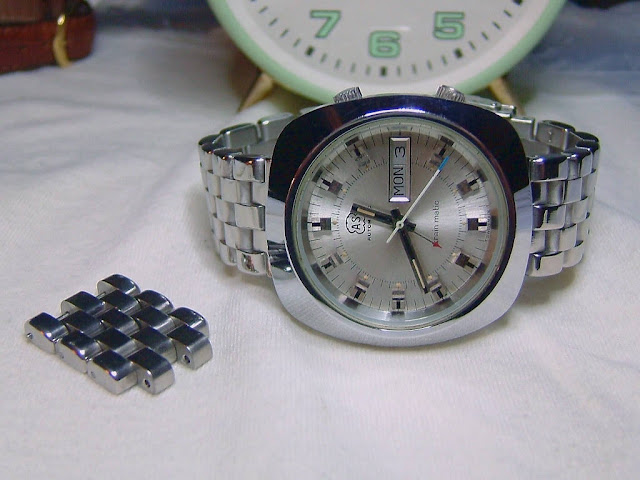 Created in 1973 and produced until 1977, the A. Schild AS5008 auto alarm movement was made in the last years of A.Schild before they were absorbed into The Swatch Group and merged with ETA. A.Schild made movements for many mid-range and high-range Swiss watch "assemblage" firms from the 1920's through the 1970's, including Certina, Fortis, Junghans, Mido, Rado, Zeno and Zodiac. Some of these companies are now in the Swatch Group (Mido and Rado) and the firms that used AS movements 30 years ago now use ETA 28xx movements in their current mechanical watches. Most of the AS5008 movements were sold to Fortis for their Brain Matic Alarm. Nearly all vintage Brain Matics, especially with this case style, have Fortis logos. The AS5008 was also used by Certina, Junghans, Zeno and Zodiac. In the final couple years of A.Schild, they returned to their "manufacture" roots and made complete watches, but only a few. This one is a true rarity as it was made and sold by A.Schild under their own name, bearing the A.Schild shield logo on the dial, something normally seen only on the inside of a watch etched into a bridge on its movement. I've no doubt the case, dial and hands were made by the same firms that supplied Fortis for their Brain Matics. They're nearly identical except for the logo on the dial. A.Schild Brain Matic Specs: 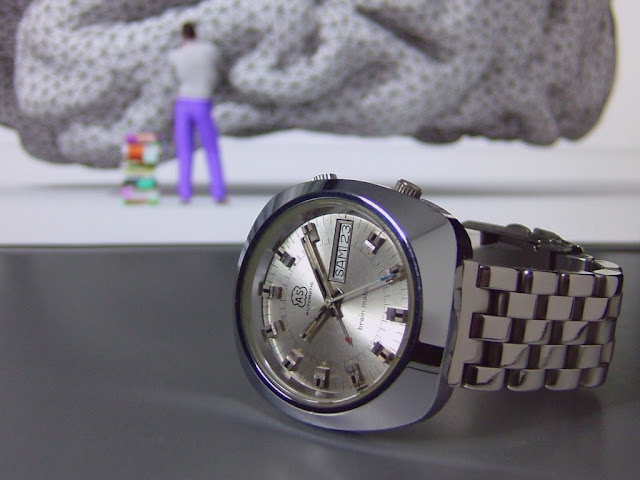 More recently, circa 1990-1991, the AS5008 movement was resurrected by Maurice Lacroix as their caliber LM22 for use in its Masterpiece Collection as their "Masterpiece AS5008", including two limited editions of 999 in pink gold cases and 125 in platinum cases. The A.Schild Brain Matic can hold its head high that its movement is worthy enough to be used in limited editions made by a prestige brand. I feel extremely lucky to have found this rare example of an A.Schild Brain Matic in such fine condition.
- February 07, 2009 4 comments: